May the force be with you

One of the major events that Disney World hosts each year is Star Wars weekends. It’s usually in the spring but this year it’s from May 17th – June 9th. We didn’t plan our Disney trip around this event, but it was one of those unexpected ‘magical’ experiences that happen so often in the bubble.  We happened to be at Disney World during Star Wars weekends a few years ago when it fell during the same time as spring break and I’m glad we got to experience it. This event takes place at Disney’s Hollywood Studios and requires admission to the park.

Hollywood Studios has a few Star Wars-related attractions year round, but the atmosphere just feels different when you see Storm Troopers patrolling the streets and hear the menacing voice of Darth Vader.  What’s more eye catching are some of the lesser known life forms that seemingly appear out of nowhere and make you wish you had your light saber! 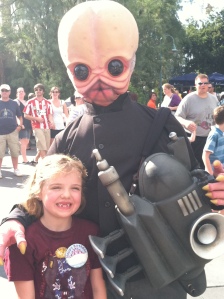 The Star Tours ride is a 3D flight simulator where you board a ship with about 20 other passengers and try to survive a flight through the galaxy. No two rides are the same thanks to 50 different scene combinations – you never know your destination or who you might encounter during the flight.  Ewoks, anyone?

Another perk of Star Wars weekends are the opportunities to get autographs from characters who only appear during this special event. The lines for Darth Vader’s autograph were really long so we settled for Princess Amidala. You can also get Fast Passes for the autograph kiosks outside the front gate entrance, but they’re extremely limited so if you’re set on getting an autograph you better get there early! 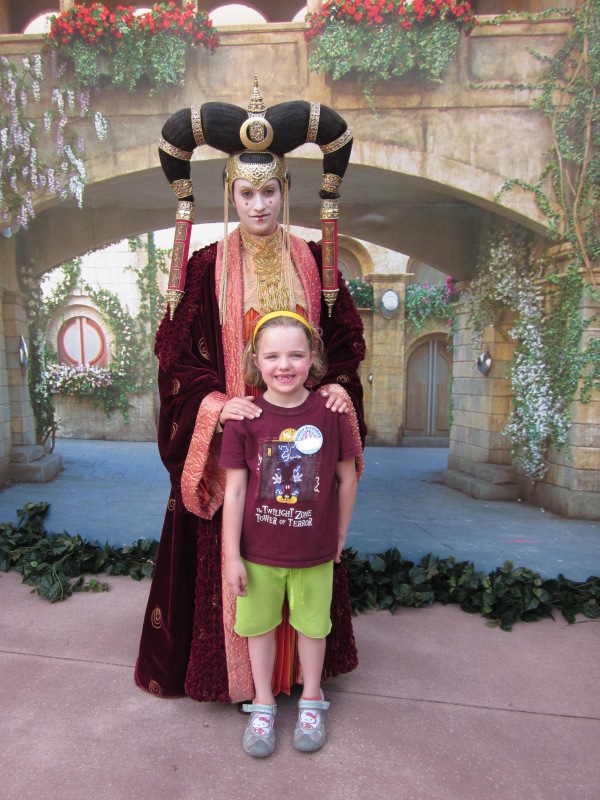 The other really unique attraction for kids (which is available all year long, but even cooler during Star Wars weekend) is the Jedi Training Academy. Kids sign up early in the morning in the ABC Studio next to the American Idol attraction. It’s wise to make this your first stop when entering the park because spots fill up fast. You’ll get assigned a time throughout the day for your child to don a brown robe and light saber and learn the ways of the Jedi. 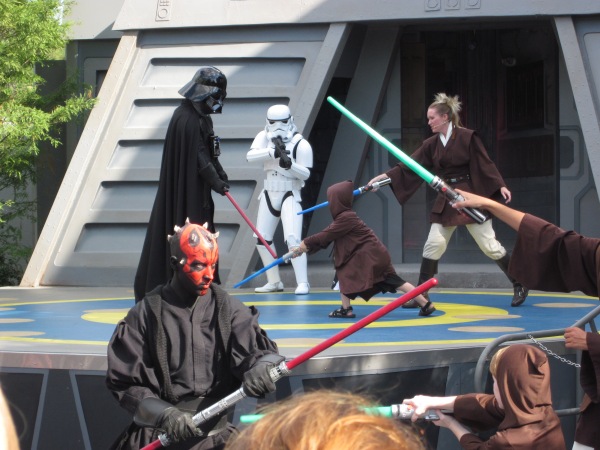 The training session culminates with a real battle against the dark side – Darth Vader or Darth Maul – on a stage next to Star Tours. The Jedi master directs the young Jedis and it’s always a good show because you can never predict what kids will do! Some fight with more gusto than others… and some decide they’re not up for the challenge and run off stage. My daughter and nephew participated and it was something they talked about for weeks!  And while I wouldn’t plan a trip around this event, if you happen to be at Disney World during Star Wars weekends, it’s worth checking out.