A few years ago, my family started thinking about going on a Disney cruise.  None of us had been on a cruise before, so before dropping the chunk of change required for a Disney cruise, we decided to go on a cheaper 3 day cruise to test it out.  The cruise was okay, but the main thing I realized on our ‘test cruise’ is that I am not a fan of the interior rooms.  As someone who is a bit claustrophobic, I wasn’t sure how I’d get through the vacation when I dreaded going back to the room every night.  I got used to it as much as I could, but I vowed that I would never stay in a room like that again!

When our Disney annual passes expired at the end of 2013, we thought it would be the perfect time to book a Disney cruise instead of going to the parks.  Even though we had booked the Oceanview Navigator’s Verandah, I still had some anxiety remembering the tight living space on the last cruise as I walked down the long corridor to our room.

I felt a huge relief when we opened the door to our stateroom – it was amazing!  The first thing I noticed was that there were separate bathrooms – toilet and shower – which is roomy by cruise standards.  Next was a queen sized bed followed by a couch (which would flip over into a bed) and then the best part – the verandah with porthole!

Although the room was probably small compared to regular hotel standards, it felt big and we had plenty of room to move around and relax.  Between the bed and the couch/TV area was a curtain that could be pulled across for privacy, creating 2 rooms.  There was a desk with drawers for clothes as well as a tall dresser for more storage space.  The closet in the entryway had 2 sides with sliding doors, leaving plenty of room to hang clothes and store our suitcases. 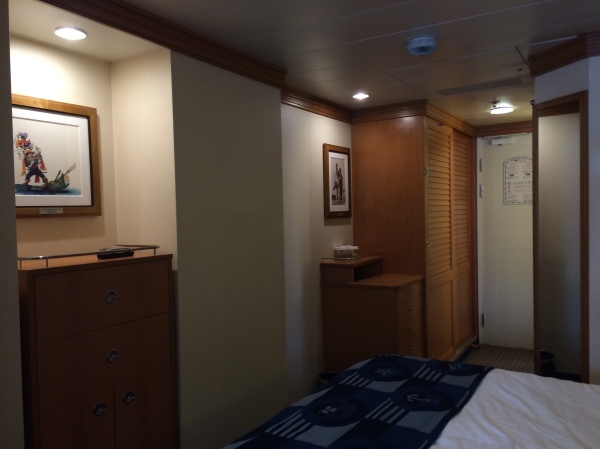 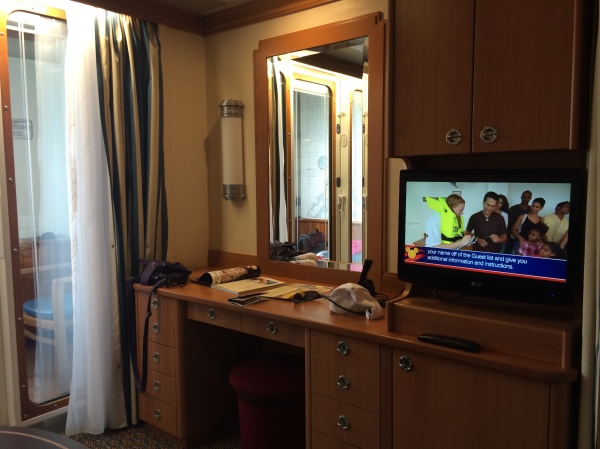 The verandah was not an open balcony, but reminded me of a screened-in patio – the outside is right there, but you’re somewhat protected from the elements.  The best part of the verandah was being able relax with a cup of coffee in the morning and enjoy the view without having to leave our room.  When we were pulling into ports it was fun to watch as we neared the destination and to observe the operation of tying up the ship. 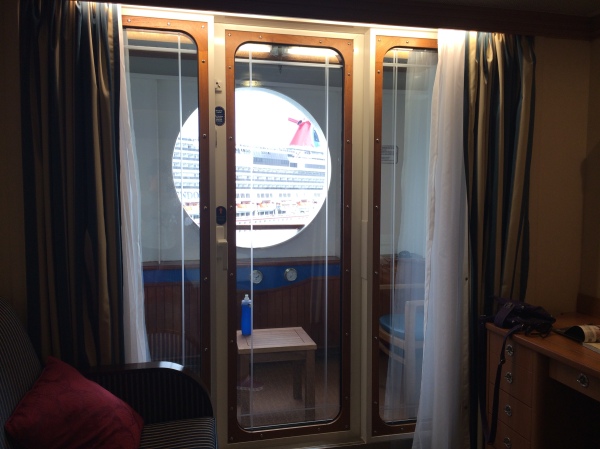 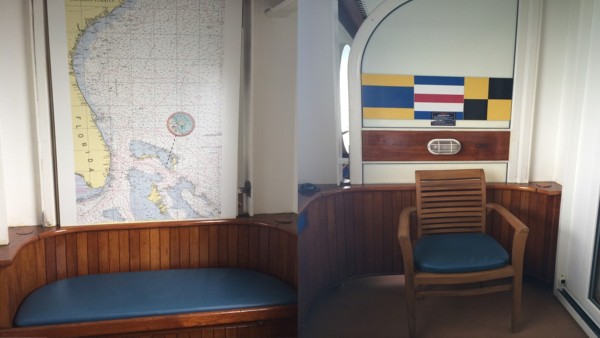 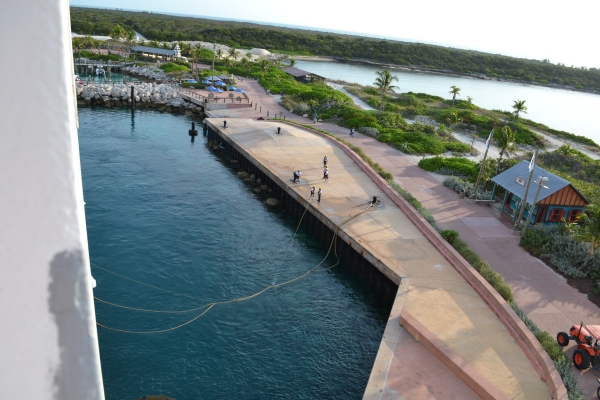 After having the verandah I’m pretty positive I can never go back to the inside cabin.  The lack of claustrophobic feelings was replaced by the completely relaxing feeling of watching the water with the wind in your face – definitely worth the upgrade!