Disney vacation update – must see list (plus a line-cutter sighting!)

In my last post I wrote about the new attractions at Disney World that I was hoping to see on my recent visit.  Below is the rundown on everything I saw (and what I didn’t get to see – luckily that list is short!)

Mickey’s Very Merry Christmas Party – This was definitely a highlight of the trip.  I will have to write a separate post to get into all the details, but I was pleasantly surprised that I felt like it was worth paying the extra ticket, which I was a little hesitant about. More details to come later this week!

Ride the Seven Dwarfs Mine Train – We rode the minetrain during the Christmas Party so the wait was only about 25 minutes, which took into account the guy who just cut in line a few people in front of us! I could not believe it – I’ve never seen a line-cutter at Disney World but a man cut across through the line, pretended to look at something and then just got in line and signaled his wife and kids to come over.  When the man behind the cutter asked if he just cut in line (which he obviously did) the cutter just proceeded to look at his phone and did not even acknowledge that anyone was talking! Unbelievable! Has anyone else seen something like this!? If so, did you do anything about it?  Vote in the poll below!

Festival of Fantasy Parade – We saw the parade and it was very entertaining, even though I’m not usually a big fan of the parades. My favorite was Flynn Rider flying on the swinging hammers – the float was really amazing because it had such huge moving parts! 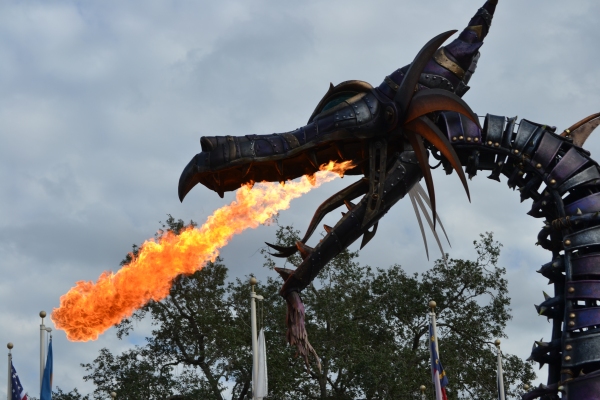 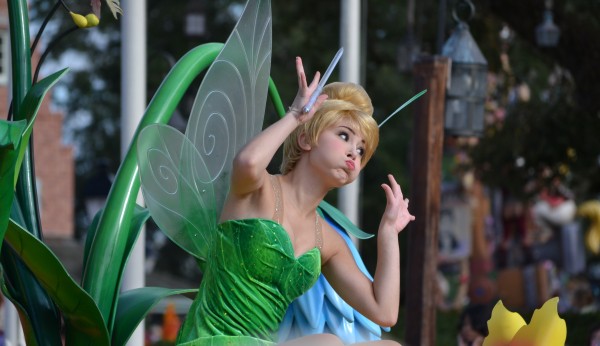 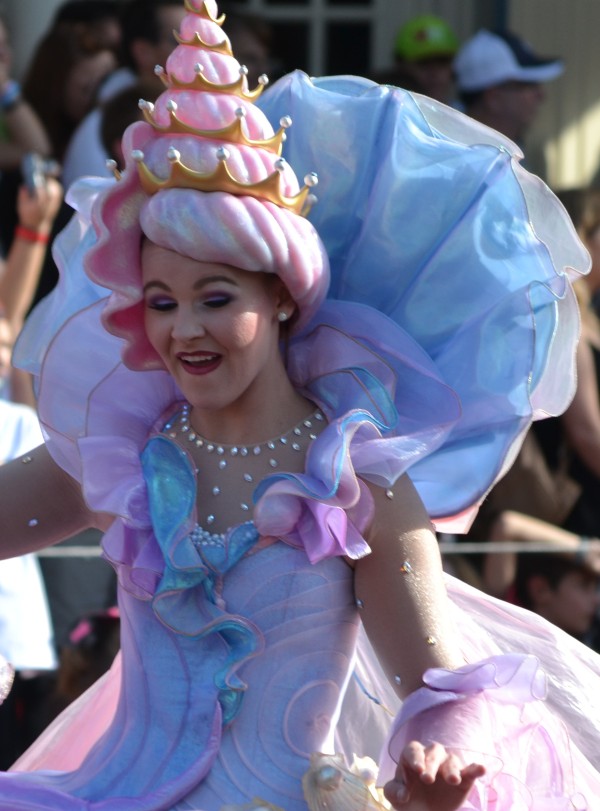 Mickey at Festival of Fantasy Parade

Meet and greet with Hiro and Baymax from Big Hero 6 – This is one thing we didn’t get to do.  We waited in line for a while, but with the characters heading out on a break and our FastPass time at Toy Story Mania quickly approaching, I gave up on my hopes of squeezing Baymax.  I have to say, he was pretty amazing – he walked around and blinked, much more mobile than I thought he would be.

Frozen sing-along – Didn’t do this one either – we went to the Streets of America in Hollywood Studios and there was a giant mob of people in a roped off area that I assumed was the line so we decided in two seconds flat that the sing along wasn’t happening!

Downtown Disney – We took the ferry boat from Port Orleans – Riverside to Downtown Disney a few times and it was interesting to see the panorama view from the water of the changes that are happening.  The boat docked over close to the Saratoga Springs resort at the edge of the Marketplace.  We walked around and enjoyed the new stores – specifically at the Marketplace Co-Op. There’s a huge assortment of items from iPhone cases to Vera Bradley bags to home decor to sports apparel – truly something for everyone!

Maelstrom – So sad, the sign is gone and there’s no trace of Maelstrom.  But the giant troll is still in the Puffin’s Roost so hopefully he stays!

Memento Mori – This store wasn’t as big as I thought it would be – I was imagining something the size of the Tower of Terror store but it was much smaller.  A few spooky items that would probably be of interest to big fans of Haunted Mansion but not to most people.

Lastly, something that was not on my wish list but definitely the highlight of the trip – my husband got us a reservation at California Grill for our wedding anniversary!  We had an amazing seat by the window and since our reservation was at 5:15pm, we saw the sunset over the Grand Floridian and then at dusk the lights illuminated Cinderella Castle.  The view, the food and the service were all amazing, and my husband definitely earned some brownie points!  It’s going to be hard to out-do that anniversary dinner next year! More to come in a future post with all the delicious details!

2 thoughts on “Disney vacation update – must see list (plus a line-cutter sighting!)”