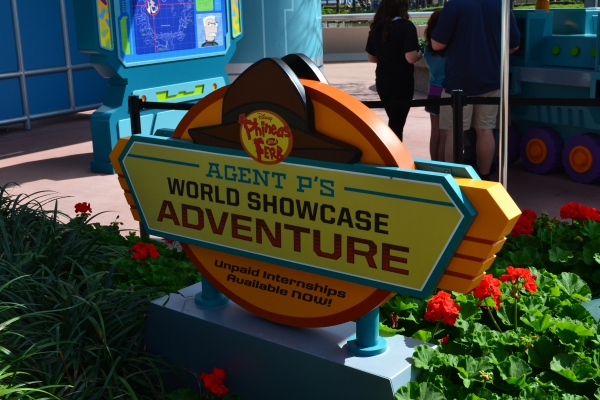 Epcot has a reputation for not being kid friendly, but on all of our trips one of my daughter’s favorite things to do is Agent P’s World Showcase Adventure in Epcot.  (There was previously a similar adventure based on Kim Possible from the Disney TV show, but was reimagineered a few years ago based on the popularity of Phineas and Ferb.)

Phinneas and Ferb is one of the few shows on the Disney channel that I can stand to watch and the only one that I actually enjoy.  Agent P is the secret code name of Perry the Platypus, the googly-eyed pet of Phineas and Ferb.

The missions are set up as an interactive scavenger hunt using a cellphone-like controller called a F.O.N.E. (Field Operative Notification Equipment.)  There are 4 stations where you can sign up for a mission:

Depending on where you sign up, you’ll have a choice of a few nearby countries.  The hunt is free, with just a park ticket needed to get started.  Once you pick a country for your mission, the F.O.N.E. gives the instructions from there.  Each mission has about 5 or 6 tasks to complete in that country in order to defeat the evil Dr. Doofenshmirtz and it can take anywhere from 30-45 minutes.  The controller will automatically shut off after 15 minutes of inactivity, so it’s best to do the mission when you don’t have any dining reservations or Fast Passes pending.  Once the controller shuts off, it can’t be restarted without going back to the station to sign up again.  Since there are limited F.O.N.E.’s and they’re programmed so that the agents (kids) are spread throughout the countries, it’s a nice feature to keep things organized.  Otherwise, you could end up with 3 children lined up to do the same task (only one person can do a task at a time) and it takes the fun out of it when the surprise in unveiled before you have a chance to make it happen (there’s an interactive surprise on every task!) 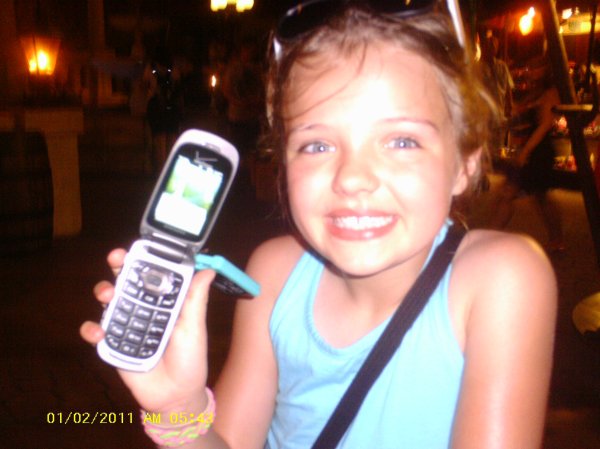 The available countries include Mexico, Norway, China, Germany, Japan, France, and the United Kingdom.   It’s probably best for kids ages 6 and up because it takes a decent attention span and the ability to follow the instructions to locate the clues.  Any kid who can play video games would probably like this high-tech adventure.  The most amazing thing about the missions is that by completing the task, you get to see surprises that are only visible for a brief 30 seconds or so, and they are all caused by the push of a button on the controller by your secret agent. Don’t be surprised if people nearby stop and stare as they try to figure out what just happened!

The surprises could be anything from a secret relic rising from a pond to a regular store window filling with water – or even getting your photo taken from a secret location in the sky. If you’re lucky you might even see Agent P in a hidden window or zip lining to safety after saving the day.

These missions are the perfect thing to keep kids entertained while the parents can enjoy browsing the stores (I don’t think it’s coincidence that all the missions have at least one task in the shops) or having a cocktail around the World Showcase.  Kids be careful – it’s not unheard of that the grownups want to play too! Luckily, that’s allowed in the bubble!

Agents of all ages – Agent P’s Adventure at Epcot

The wilderness (of Florida and California) must be explored!

May the force be with you